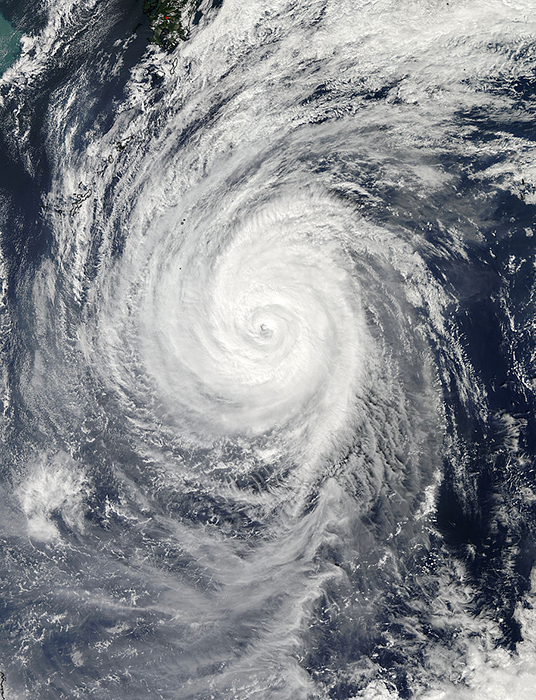 On Oct. 22 at 04:30 UTC/12:30 a.m. EDT, the Moderate Resolution Imaging Spectroradiometer (MODIS) onboard NASA's Aqua satellite captured this stunning visible image of Typhoon Francisco approaching Japan. At the time this image was taken, Francisco was a large storm with a tightly wound center and small eye. Bands of thunderstorms wrapped into the center from the northern and southern quadrants of the storm as Francisco moved toward Japan.

This image was created by the NASA MODIS Rapid Response Team at NASA's Goddard Space Flight Center in Greenbelt, Maryland.