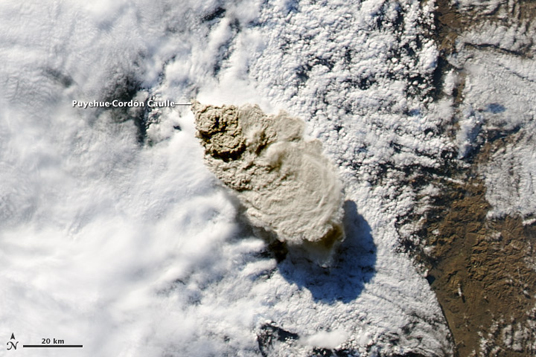 This natural-color image from the Moderate Resolution Imaging Spectroradiometer (MODIS) on NASA’s Aqua satellite shows the thick, brown ash plume from the June 4, 2011 eruption of the Puyehue-Cordón Caulle Volcano Complex in Chile. The plume is easily identified as it towers over the bright white clouds in this scene.