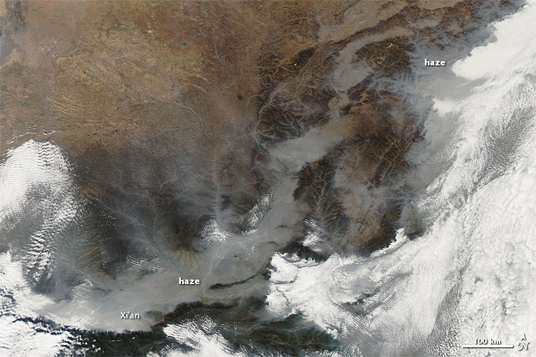 An arc of haze extends hundreds of kilometers southwest of the capital city of Beijing, which lies just off the northeastern edge of the image. Especially thick haze hovers over the city of Xi’an. High ridges poke above the haze, which appears confined to lower elevations. The haze likely results from urban and industrial pollution