Dust over the Red Sea 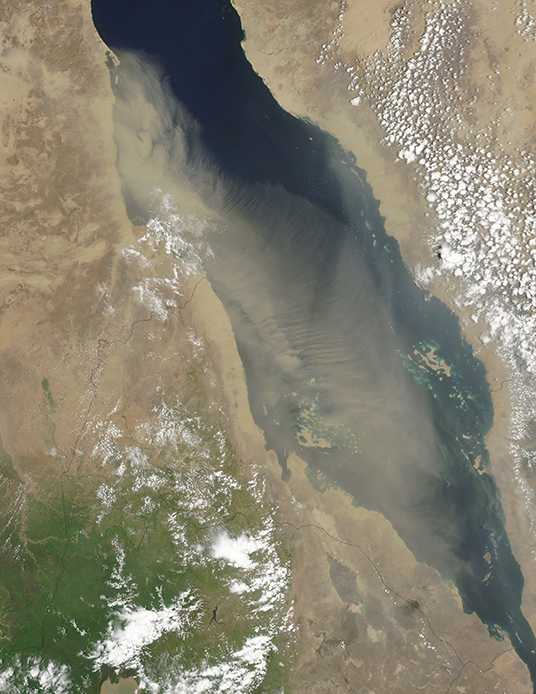 On September 1, 2012, the Moderate Resolution Imaging Spectroradiometer (MODIS) on NASA’s Aqua satellite captured this natural-color image of a dust plume blowing over the Red Sea. Over Sudan, the dust blended with the land surface below, discernible only by its fuzzy outline (upper left corner). Dust was thick immediately off the Sudan coast, but thinned slightly toward the southeast (visible in the high-resolution image).

On either side of the Red Sea, the Sahara Desert and the Arabian Peninsula rank among the world’s most prolific dust-producing regions. The dust in this image originated in northeastern Africa, where a network of impermanent rivers has created fine sediments that can be easily lofted into the air.