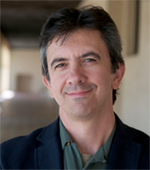 AIRS Science Team Leader Dr. João Teixeira received his Licentiate and Doctorate in Physics from the University of Lisbon. He also serves as the Deputy Director of the newly created Center for Climate Sciences at the Jet Propulsion Laboratory and supervises JPL's Climate Physics Group. Prior to joining the laboratory in early 2008, Dr. Teixeira was at the NATO Undersea Research Centre in La Spezia, Italy, the Naval Research Laboratory, Monterey, California, and the European Centre for Medium-range Weather Forecasts near London, England.

Dr. Teixeira's research interests include the link between turbulence, clouds and climate, and the use of models and observations to better understand the interactions between the Earth's climate system and small-scale processes, such as turbulence, convection and clouds. He has developed new methods to represent turbulence and clouds, and has played a key role in developing new approaches for evaluating climate models using satellite observations. He serves on several international committees that address climate related issues.